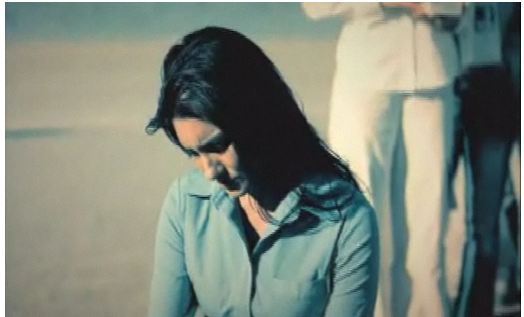 “Misleading, demeaning and denigrating to women” is what the Advertising Standards Council (ASC) is calling a pro-life commercial that aired on television networks across Ontario from June 18th to September 9th, 2012.

Since 2000, Cambridge Right to Life has partnered with Alliance For Life Ontario’s  (AFLO) Reaching Minds through Media Campaign to run pro-life commercials that reach out to women experiencing a crisis pregnancy and that challenge the acceptance of abortion.

This year’s campaign focused on the 3.5 million people missing in Canada since 1969, when abortion was legally permitted. Two commercials ran 500 times each and were viewed by as many as 14 million people.

In the midst of the campaign, AFLO was notified that six individuals had filed complaints about the “Milk Carton” commercial.

The commercial shows a line of women and men processing through a barren wasteland holding milk cartons which bear the face of a missing child due to abortion. Numerous cartons are seen to be placed, one after another, on the hard cracked ground to form a surreal memorial.

In 1969 the Canadian Government liberalized our abortion laws abandoning all protection for children in the womb. The Supreme Court of Canada struck these laws down in 1988 further abandoning expectant mothers to the abortion industry. We have tolerated 43 years of abortion in Canada resulting in 3.5 million missing children, teens and young adults. While, we know how all of them disappeared, we will never know what they had to offer. See what we’ve been missing.

The ASC decided that they were “unable to agree” with the statement that there are “3.5 million missing children, teens and young adults” since “no reliable evidence was provided to show how many of these children, if any, would have survived birth, childhood or their teenage years and become adults.”

They subsequently ruled that the commercial was “misleading” and “contrary” to clause 1(a and e) of the CCAS code that deals with “accuracy and clarity”.

The Council said furthermore that the commercial “demeaned and denigrated women who have chosen to have abortions,” since the “combined effect [of the commercial] was to convey the impression, in Council’s opinion, that all women who have had or are considering having abortions now regret or will in the future regret having done so.”

The Council also ruled that the commercial contravened clause 14(c) of the CCAS code that deals with “unacceptable depictions and portrayals”.

Cambridge Right to Life has partnered with Alliance for Life Ontario‘s Reaching Minds through Media Campaign to purchase airtime on mainstream television networks from June 18th to September 9th, 2012.

We are grateful to our membership who earmarked donations toward this powerful campaign.

It is important to contact the Advertising Standards Canada to express your support for pro-life messages being permitted on mainstream networks. We know from previous campaigns, that just a few complaints can result in the removal of the ads.

To see the commercials and the media buy schedule click on the links below.