When are we human? MP Woodworth wants Canadians to review law with 400-year-old roots

The following article was printed in today’s Record. 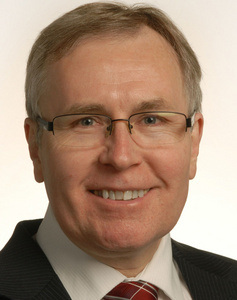 KITCHENER — Kitchener Centre MP Stephen Woodworth says Parliament should examine the question of when a child is considered human under law.

In a news release Wednesday, Woodworth said Canadian law does not consider a child human until it is completely delivered out of a woman’s birth canal.

“This means that in Canada a child is legally considered to be sub-human while his or her little toe remains in the birth canal, even if he or she is breathing.”

Woodworth said the law, Section 223 of Canada’s Criminal Code, has roots going back 400 years and should be revisited in light of 21st-century medical science and principles of human rights.

“Perhaps Canadians should at least examine this question,” the press release reads. “MP Stephen Woodworth proposes that Parliament has a responsibility to lead that examination.”

Woodworth spoke to a crowd of thousands attending the 14th annual anti-abortion rally on Parliament Hill in May, shortly after Prime Minister Stephen Harper’s Conservatives won a majority government in the federal election.

Sara MacIntyre, a press secretary in the Prime Minister’s Office, repeated that pledge during a brief telephone interview Wednesday afternoon.

“We’ve been very clear, we’re not going to re-open this (abortion) debate,” she said. “The member (Woodworth), like all members, can choose to move forward with motions or private members bills.”

“I’m not concerned with it,” she said. “I’m not worried with it at all.”
Murie said she believes Woodworth’s goal is not to examine the specific law but, rather, to ultimately make abortion illegal.

“I think that’s what he’s trying to do,” Murie said. “Why would he want to be looking at this law unless he does want to have abortion re-looked at?

“I think he just needs to be a little more honest about that,” she added.
Murie said she believes the majority of Canadians support access to legal abortions. But she conceded she would be worried if it became a Parliamentary debate under a majority Conservative government.

In the meantime, she said, the federal government has other ways – such as limiting health care funding – to curb access to legal abortion without re-opening the debate.

In an email to The Record Shannon Dea, assistant philosophy professor at University of Waterloo, who’s research interests includes philosophy of gender, called Woodworth’s press release a “cynical polemic” and a “superficial attempt to take advantage of the slow holiday news season . . . ”

Dea argues Section 232 of the Criminal Code clearly states “that a person is criminally responsible if he or she injures a fetus and this injury occasions the child’s death after it has been born.”

And determining the point at which a child should be deemed by law to be a human being is a philosophical and legal question, Dea wrote, rather than a medical question.

In a telephone interview Wednesday morning Woodworth said critics who might argue that his proposal is the thin edge of the wedge to implement an abortion law, and limit women’s access to legal abortions, shouldn’t be afraid of debate.

“We ought to have a respectful dialogue,” he said. “No one should ever be afraid of examining a law from the point of view of up-to-date modern medical evidence.”

What are the implications of determining a child is human, under the law, before complete birth?
“I think that when we determine that someone is a human being, generally we determine that they are entitled to fundamental human rights and we go from there,” he said.

Woodworth said he has an opportunity to put forth one private members bill for a Parliamentary vote in February, but that he hasn’t yet decided on the exact issue he will propose.