Join us for our Annual General Meeting and the screening of a powerful new documentary, “The Euthanasia Deception.” This film transports viewers to countries such as Belgium and the Netherlands where euthanasia has been legal for many years. Families have been devastated by the impact of “mercy killing” in their lives. Learn about how legal ‘safeguards’ are slowly but surely stripped away, leaving us all vulnerable.

“The Euthanasia Deception” is produced by DunnMedia in association with the Euthanasia Prevention Coalition. We will have Kevin Dunn, the documentary producer and director, with us at the screening to describe his experiences during filming and to answer questions.

Our brief Annual General Meeting will start at 7pm, followed by the 1 hour documentary. We hope you can join us!

Click the following links to view our financial statements for the 2015-2016 fiscal year and for the minutes from last year’s Annual General Meeting. 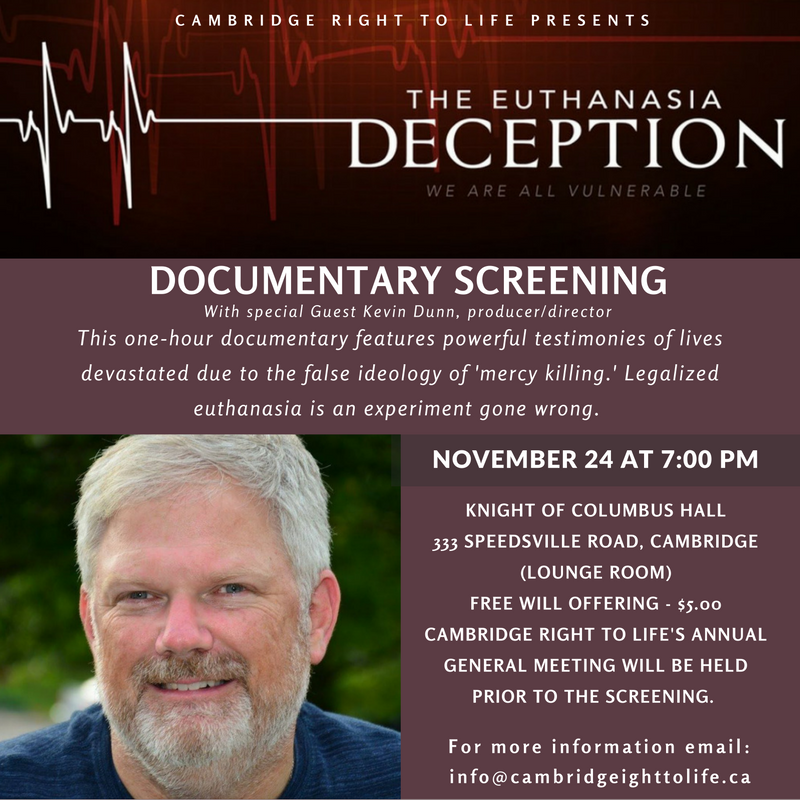