Prematurity and Abortion in Canada

In 2012, the National Post compiled a large analysis of the statistics for Abortion & Canada. Some of the data they uncovered was that there were 93,755 abortions reported to government agencies in 2009, and that 1.9% of abortions were done after 21 weeks gestation. Abortion advocates brush this number off as though it means nothing, but how many lives and stories does this truly represent?

Children born after 21 weeks gestation can survive outside the womb, but the National Post reveals that Canadians killed at least 1781 of those children in one year alone. That’s 4-5 babies per day being killed instead of being delivered alive and given a chance to survive.

Today, we hear the joyful stories of 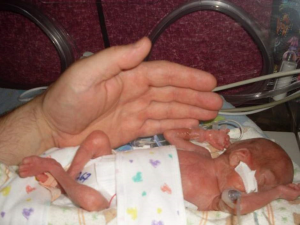 Carter Lake at 22 weeks gestational age, born in London ON in 2009.

On a day when we are given the hopeful numbers that over half of children born at 23-24 weeks gestation will live to leave the NICU, I stop to wonder, “Why didn’t the parents of those 1.9% of aborted babies give their children a chance?” Perhaps a doctor told those parents that their children were disabled, damaged, “incompatible with life.” Perhaps it was a difficult pregnancy for the mother and she gave up hope. Perhaps those children were conceived in a time when the parents were happy, but things have gone downhill since then. We’ve heard these difficult stories, but let us never forget that those stories do not make the unborn, viable human any less viable or human. 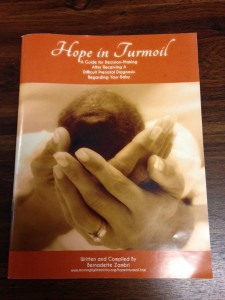 Hope in Turmoil, available at the Cambridge Right to Life office

There are numerous support groups now for parents experiencing difficult pregnancies, whose children are born premature, or who have disabled children. The Cambridge Right to Life office offers a handbook to parents who have received a difficult prenatal diagnosis called “Hope In Turmoil.” Our modern society can offer so much more than abortion in difficult circumstances.

Parents and their babies deserve better than abortion.

Let’s focus as much love and care on the “unborn preemies” as we do on the born ones.

More than 1781 Canadian lives are waiting to be saved. 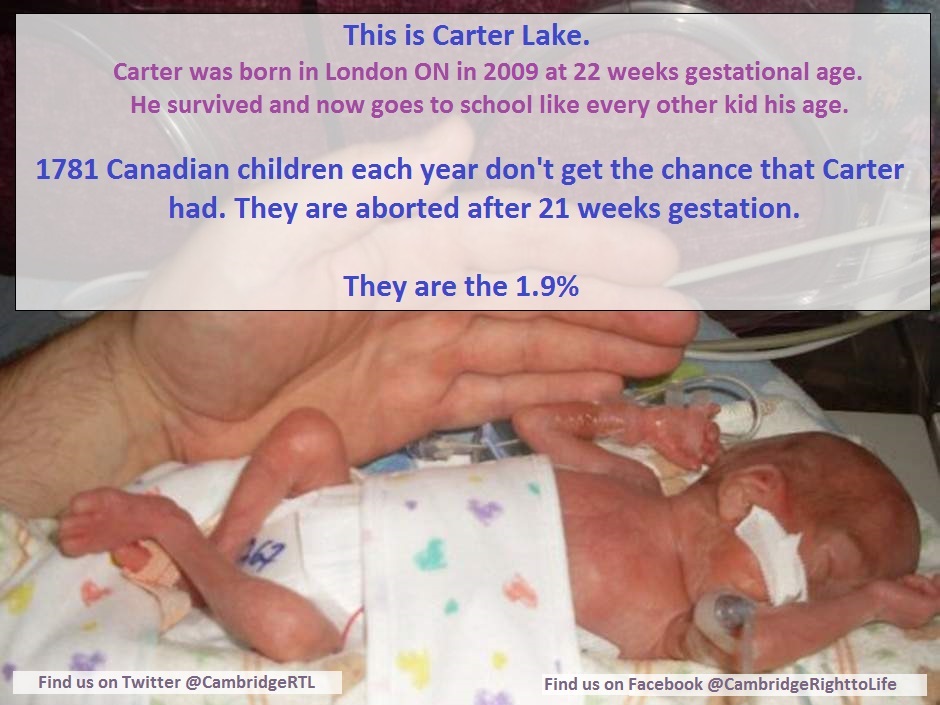