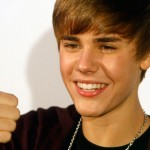 In an interview with Rolling Stone magazine, teen idol Justin Bieber revealed that he shares something in common with a growing number of people his own age – he is pro-life!

“I really don’t believe in abortion,” Bieber told the magazine. “It’s like killing a baby.”

When pressed as to whether he opposes abortion in the case of rape, Bieber replied, “Um. Well, I think that’s really sad, but everything happens for a reason.  I don’t know how that would be a reason. I guess I haven’t been in that position, so I wouldn’t be able to judge that.”

Pro-aborts were quick to dimiss his comments by insinuating that he was asking a question rather than boldly stating his opinion.  Erin Matson of the  National Organization for Women said, “Justin Bieber’s unfortunate comments (our emphasis) reflect entrenched anti-abortion rights messaging that presents one view of morality, hereby declaring anyone with another view immoral.”

It is encouraging to see Justin Bieber courageously declare his position on the issue of abortion, not only because of his influence as a teen idol, but because it shows how this generation understands that every abortion kills an unborn child.

A Facebook page has been created in support of Justin Bieber.