Law With No Teeth 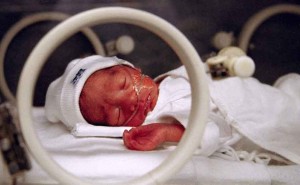 No matter where you stand on abortion, we all should be horrified that 491 babies were born alive and left to die between 2000 and 2009 in Canada, as confirmed by Statistics Canada.

According to how our country defines when a person becomes a human being, these children should have been protected.

223. (1) A child becomes a human being within the meaning of this Act when it has completely proceeded, in a living state, from the body of its mother, whether or not

(a) it has breathed;

(b) it has an independent circulation; or

(c) the navel string is severed.

(2) A person commits homicide when he causes injury to a child before or during its birth as a result of which the child dies after becoming a human being.

Cambridge Right to Life has long rejected this antiquated definition, due to the modern day scientific evidence of when life begins, but that debate aside, these children were born alive, with beating hearts, arms, legs, fingers, and toes. Either our Criminal Code has teeth or it doesn’t. Someone made sure that almost 500 children’s lives were snuffed out! Why have there been no criminal prosecutions? The Federal Conservatives may not want to deal with the “abortion debate,” but will they have the courage to condemn these blatant acts of  homicide?