Wednesday, January 29, 2020 is Bell Let’s Talk Day. It’s a day created by the Canadian telecommunications company Bell Canada to raise funds and awareness surrounding mental health issues, and end the stigma that is often associated with the illness. Today, more than ever, it’s critical to have resources and support for those who are hurting. Powerful stories of people overcoming or just coming to terms with mental health issues is a positive step, but it is troubling how many refuse to accept the overwhelming evidence that abortion is associated with elevated rates of mental illness.

Many women today, work hard to destigmatize abortion. Between the pro-abortion Women’s March, the MeToo movement and the Shout Your Abortion movement, young women are continually told that abortion is a ‘right’ and that killing your child is ’empowering’. In fact, the same day Michelle Williams won a Golden Globe Award and attempted to convince the world that her abortion made it possible for her to win the award, a new study was published claiming that women who had an abortion five years earlier, have no regret.

But many women who have experienced abortion are calling into question this new study. Former abortion worker, Abby Johnson, called  it a fake study and pointed out the fact that real trauma doesn’t appear until 10-15 years following a post-traumatic event.

And, Catherine Glenn Foster, president & CEO of Americans United for Life, who had an abortion at 19, says this study is flawed. You can read what she has to say in the article below.

Until we are willing to admit that abortion hurts women, we’ll make little progress in bettering women’s mental health.

What a flawed study ignores about abortion regrets 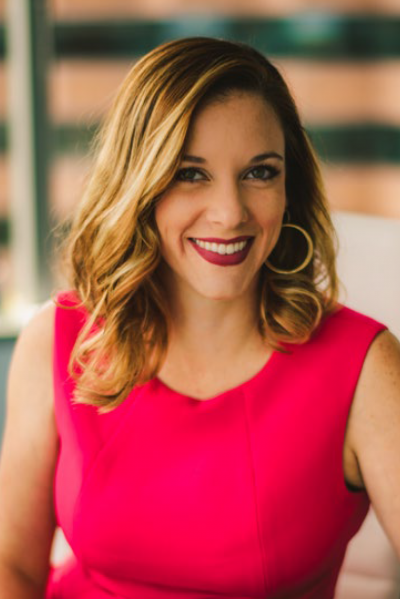 When I was 19 years old, I had an abortion. In the aftermath, I was overwhelmed with emotions on a deeper level than I had ever experienced. I felt helpless, I felt sorrow, I felt regret, I felt pain on every level, and I felt shame — but most of all, I felt scared. My decision to seek an abortion was a mistake, and the absolute last thing in the world that I wanted to do was talk about the gravest mistake I had ever made, especially to strangers.

If you read the Washington Post or watched CNN recently, you may have come across astounding headlines about a recent study positing that among post-abortive women, “84% had positive emotions or no emotions whatsoever about their abortion decision.” These claims are being reported with remarkably little skepticism, but suffice it to say I am very skeptical of the findings on multiple levels.

While the top-line numbers and final tabulations surrounding the new “study” might at first glance seem to corroborate the abortion industry’s mantra that abortion regret is rare, in actuality, none of it can be trusted. The key is in the response rates.

This new analysis is based on a previous study of women seeking abortions. Although that original study is anything but transparent about its recruitment methods and numbers, the data is clear on this: The vast majority of women who were contacted to participate in the study chose not to. From a potential eligibility of 3,000 women, the full study only encompassed the views of 667, about 22% of the total.

As an abortion survivor, I know firsthand the challenges of speaking about my experience. This study followed its participants for five years following their abortions. For the first five years after my abortion, I could count on one hand the people in whom I had confided about it. There is no way I would have participated in an abortion study like this one — I wouldn’t have wanted to relive all those emotions all over again. I would have been one of the 78% of women who said no.

This research is inherently tainted by every statistician’s nightmare: selection bias. The overwhelming majority of women who chose not be a part of the study were those most likely to have experienced the strongest emotions and regret after their abortion. Conversely, the women who did choose to be a part of the research, the 22%, are obviously the most comfortable with and eager to talk about abortion — and are thus the least likely to regret their decision. So this study, and the self-serving way it is being discussed, has just as much credibility as a poll taken about preferences between Star Wars and Star Trek at a Trekkie convention.

We always need more scholarly research on the psychological aspects of abortion, and Dr. Priscilla Coleman of Bowling Green University has conducted persuasive research concluding that women who have had an abortion are 34% more likely to develop an anxiety disorder and 37% more likely to experience depression. This finding certainly rings true for me and countless other post-abortive women. Yet measuring the psychological aftermath of abortion is hard because so many women, women like me, feel like they can’t talk about it.

Why are women so hesitant to reflect on their abortion experience? The answer is clear. Many women regret their choice to have an abortion. So many women reflect on birthdays, anniversaries, holidays, and the life, the child, they could have known. It is a particularly empty, lonely kind of grief. Many women wish they’d had the information or the options to have made a different choice. Many women wish they could change the past, and since they can’t, they have no appetite to look back or participate in studies about the decision that may cause them such grave, lifelong pain.

But aside from the statistical speciousness of this new research and its framing in the media, we should not lose sight of the real tragedy this story brings to light. Women must be provided with real options for life-affirming choices. If the abortion industry’s motto is to “trust women,” then it’s time to trust women with the truth about abortion, including the physical and mental risks associated with it. This study gives all the wrong messages. Women often regret their abortions. I certainly regret mine.