Speak Up For Life Event 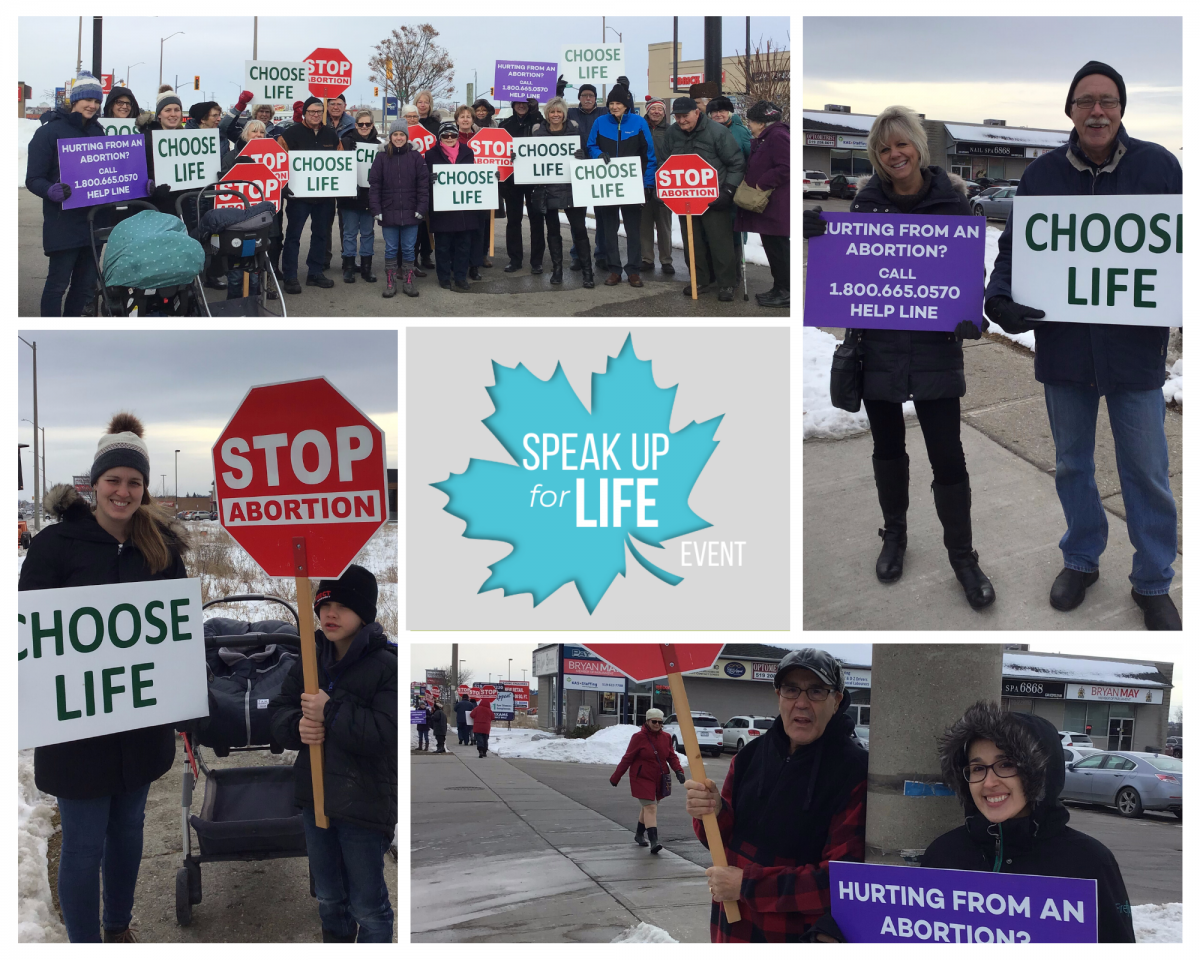 Thanks to the over 30 people who joined us in standing in solidarity with pre-born children and their mothers, as we commemorated the anniversary of the day the Supreme Court of Canada struck down our abortion law (Jan 28, 1988), which made abortion available on-demand throughout all nine months of pregnancy at MP Bryan May’s office.

Although Mr. May’s schedule did not permit him to meet with us today, we were able to present our letter, on behalf of our board and membership, to his staff (see below). Cambridge Right to Life has a meeting scheduled with Mr. May to follow up on the concerns in our letter on February 13th.

If you wish to to seek justice for the Canadians babies who survived abortion and were left to die, please write:

Cambridge Right to Life wishes to extend to you our hearty congratulations on your return to office as federal Member of Parliament, representing the constituents of Cambridge. We hope and pray that your second term will be marked by many positive outcomes that benefit and prosper the community of which we are all a part.

We are here today to commemorate the anniversary of the day the Supreme Court of Canada struck down our abortion law (Jan 28, 1988) which made abortion available on-demand throughout all nine months of pregnancy, up to the moment of delivery, for any reason.

Our focus is to bring to your attention what some have called our nation’s “hushed” secret: the release of the Canadian Institute of Health Information (CIHI) figures which indicate that babies of 20 weeks gestation and greater are being left to die after failed abortions.

We recognize that we have very different views on the morality of abortion. Our Prime Minister has made it clear that he believes abortion is necessary for women’s health and autonomy, and you would have had to agree with this position in order to run as a Liberal member of parliament. We on the other hand, believe that the deliberate destruction of an innocent human being is not only a human rights violation, but harms women’s health and society as a whole. Regardless of our stark differences on this issue, our views on abortion should not interfere with discussion on the fact that Canadian babies are being born alive after an attempted abortion and subsequently left to die. After all, this is no longer about abortion.

Children born alive are considered human beings in Canadian law and the provisions within the Criminal Code explicitly prohibit the violation of the rights of born children.

Section 223 (2) states, “A person commits homicide when he causes injury to a child before or during its birth as a result of which the child dies after becoming a human being.”

We respectfully suggest that Canada’s justice system is failing the youngest member of the human family. We believe these children, deserve and are entitled to life-saving legal and medical efforts on the basis of their birth and their humanity.

Today’s medical advancements enable babies as young as 21 weeks gestation to survive and flourish. How can we turn a blind eye to the medical neglect and subsequent deaths of some newborns, simply because they were targeted for abortion?

We are asking for your help in seeking a parliamentary inquiry into the deaths of these young Canadians. We wish to know the following:

We hope you agree that a clear explanation of medical and legal obligations in the case of live births after failed abortions is a worthwhile goal to pursue.

Thank you for your time today and for your help in seeking justice for vulnerable baby Canadians.