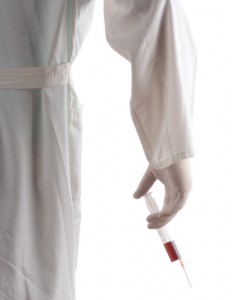 On Fridy, June 15th, 2012, the BC Supreme Court released its decision in Carter v. AG Canada. The decision carves exceptions into the law allowing Assisted Suicide and Euthanasia in Canada.

Justice Lynn Smith issued a 395-page ruling in the Carter v. Canada case Friday morning, determining that the ban discriminates against the disabled.

The Euthanasia Prevention Coalition, which intervened in the case, immediately urged the Crown to appeal Smith’s decision to the BC Court of Appeal and to seek an order that stays the effect of the decision until such time as that appeal is heard.

Given that suicide is legal in Canada, Justice Smith argues that the ban violates the equality provision in section 15 of Canada’s Charter because it prevents the disabled from getting the help they may need to kill themselves.

The case centres on Gloria Taylor, who was diagnosed with Lou Gehrig’s disease or ALS in 2009. Taylor says she does not currently wish to kill herself, but wants to have assurance that she could receive help to commit suicide in future.

Justice Smith argues that the ban “perpetuates disadvantage” because it “is felt particularly acutely by persons such as Ms. Taylor, who are grievously and irremediably ill, physically disabled or soon to become so, mentally competent and who wish to have some control over their circumstances at the end of their lives.”

Ironically, Justice Smith also argues that the ban violates the right to life under section 7 of the Charter because it could lead someone to commit suicide earlier than they might otherwise, while they are still physically able to do it themselves.

She has issued a stay on the ruling for one year to give the government an opportunity to consider its options. But she granted Taylor an exception, allowing her to seek assisted suicide immediately if she chooses.

The BC Civil Liberties Association (BCCLA) launched the case in April 2011 claiming that Canada’s provisions against euthanasia and assisted suicide are unconstitutional since they violate the “right” to die.

The suit was launched on behalf of the family of Kay Carter, who died by assisted suicide at the Swiss Dignitas suicide center in January 2010. But Taylor was added as an additional plaintiff in August, which allowed them to fast track the case because she had been told in January 2010 she only had a year to live.

The campaign in the courts began after Canada’s Parliament rejected a bill to legalize euthanasia and assisted suicide in 2010, by a vote of 228 to 59. Canada’s Justice Minister, the Hon. Rob Nicholson, has stated that the Conservative government will not reopen the issue in Parliament.

Despite Parliament’s determination, on Thursday the Quebec government announced it was appointing a committee of legal experts to implement the recommendations of the province’s Select Committee on Dying with Dignity, which issued a report in the fall calling on the province to permit euthanasia.

Alex Schadenberg, the EPC’s executive director, said the court ruling “is fundamentally at odds with the will of Parliament as expressed just months ago and is fundamentally anti-democratic.”

“Most elder abuse is hidden from view – and if we can’t detect the abuse now, how are we going to do it when the stakes are raised?” asked Dr. Will Johnston, British Columbia chair of the Euthanasia Prevention Coalition. “I have seen how easily influenced older people can be, and how inadequate are our national strategies against suicide. The present decision, which should be immediately appealed and corrected, is a huge step backwards, a blow to public safety, and would force changes in public policy which would do more harm than good.”

“Today’s decision would point Canada towards the Oregon assisted suicide regime, which has become notorious for its erosion of medical standards and abuse of psychiatry to rubber-stamp suicide requests,” added Dr. Johnston. “The wish to avoid Oregon’s mistakes has been reflected in over 100 rejections of assisted suicide by legislatures in North America and by medical associations around the world.”

The Euthanasia Prevention Coalition is calling on Canadians to urge Justice Minister Rob Nicholson to launch an appeal to the B.C. Court of Appeals.